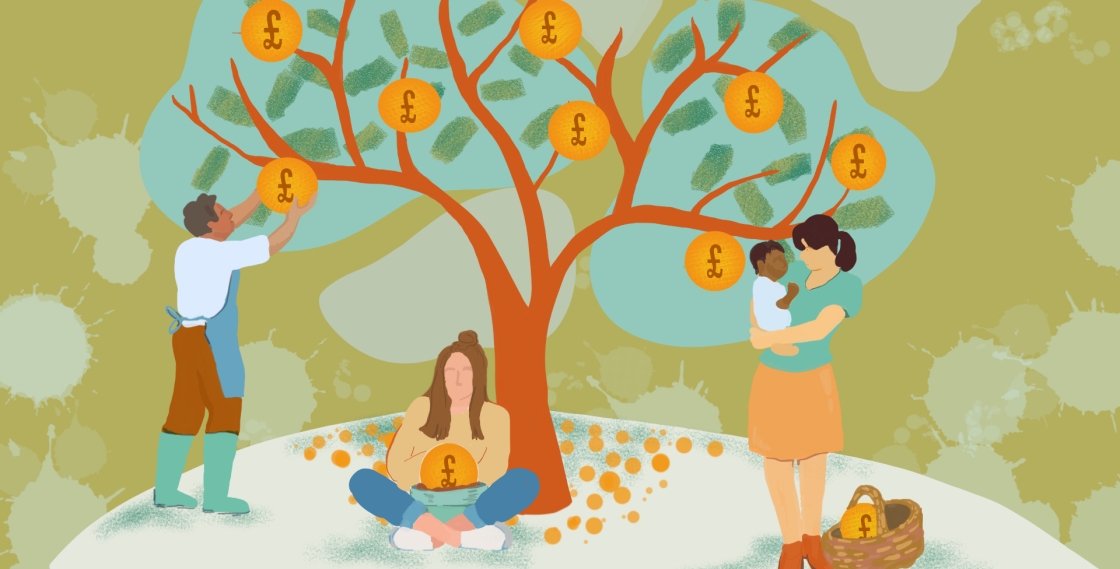 A radical, contentious idea that would rewrite the social contract, fundamentally alter society’s relationship with work and welfare, and provide the possibility of a fulfilling, humane way of life under capitalism.

Whilst current events seem concerned with only pandemic related upheaval, the environmental crisis, the threat of large-scale automation, and the rapidly shifting nature of the economy, among a whole host of issues that have been temporarily displaced from the public imagination are continuing to wreak havoc on our institutions and the livelihoods of individuals globally. In light of the recent crises that have ravaged the decade, increasing attention is being paid to radical shifts in policy. The global pandemic has highlighted the need for more robust public services that can adequately handle unforeseen catastrophes. In attempts to console my despondent pessimism about the global state of affairs, I turned to the writings of American journalist Annie Lowrey and the late anthropologist David Graebar. Though ideologically divergent, both advocate for Universal Basic Income as a possible remedy to the myriad of social and political issues that plague the 21st century.

The idea is simple. Every citizen would receive an unconditional, fixed amount of money from the government on a frequent basis, regardless of your financial status.

The idea is simple. Every citizen would receive an unconditional, fixed amount of money from the government on a frequent basis, regardless of your financial status. It is thus universal, and basic in the sense that it would only cover essential costs such as rent, utilities and food.

UBI as a policy remains difficult to classify in terms of a political ideology. It has sparked the interest of many across the political spectrum; with reputable anarchists, libertarians, and centrists all flirting with the concept to some degree. The possible implications have enticed those both left and right leaning political movements and think tanks. It has the capacity to fulfill the socialist ideal of state provisions for basic necessities, whilst also satisfying the libertarian dream of reduced state interference by eliminating the need for massive bureaucratic effort involved in the provision of welfare[1]. Its precise implementation is debated amongst proponents who vary ideologically, but it is uniting in its ambitions for more efficient, inclusive forms of welfare.

The economic destruction brought on by COVID-19 has illuminated what Graeber terms the ‘bullshitization’ of the modern workforce. The division between ‘essential’ and ‘non-essential’ forms of labour has brought to light the often-inverse relationship between income and the social value of one’s work. “Essential” jobs like bus drivers, refuse collectors and supermarket clerks earn the lowest pay, but were they to disappear, would have viscerally immediate, catastrophic effects. Whilst those at the higher end of the pay grade, (hedge fund managers, corporate lawyers, lobbyists) could disappear with little material impact on day to day proceedings[2]. In times of catastrophe as in COVID-19, UBI could serve as a crucial safety net for the essential workers with low wages and the suddenly unemployed. Its simple execution would eliminate the need for the time, money, and effort that goes into the creation and maintenance of various benefit programmes, which often fail to provide aid to those in dire need of it.

The economic destruction brought on by COVID-19 has illuminated what Graeber terms the ‘bullshitization’ of the modern workforce. The division between ‘essential’ and ‘non-essential’ forms of labour has brought to light the often-inverse relationship between income and the social value of one’s work.

Even before the pandemic, the deepening wealth inequality and the declining prosperity of the middle and working-class plagues most nations. Whilst technological advancement threatens to render millions of jobs non-existent, currently, it has only made the lowest paying jobs even more mundane[3]. Working at fast food chains has been reduced to 8 hours of repetitive button pressing and lever pulling. By providing an income that covers subsistence, workers will have the necessary bargaining power to put an end to dependency on crummy jobs. It offers a far more viable alternative to the paycheck to paycheck lifestyle that millions of people find themselves enslaved by.

Because trials of UBI have been conducted at very small scales, we lack the empirical evidence to determine its environmental implications. However, it has been posited that it has the potential to reduce consumption. The income security generated by UBI could possibly eradicate the need for status-based consumption, and instead foster pro-social activity such as volunteer work and community driven initiatives. A reduction in working hours is also directly linked to mitigating environmental degradation.

The income security generated by UBI could possibly eradicate the need for status-based consumption, and instead foster pro-social activity such as volunteer work and community driven initiatives.

UBI should have a broad appeal. As university students, there seems to be two possible roads after graduation. Do we submit ourselves to the capitalist machine, with complete, crushing awareness of the fact that our job serves as a mere means to a livelihood? Or do we attempt braver pursuits, and risk financial insecurity in order to avoid being a mere cog in the machine? There are obviously career paths that fall between these two extremes, it is possible to be both happy, fulfilled and earning a decent salary, but these cases are few and far between.

What I am hinting at is the sentiment that one must ultimately choose between a comfortable, but possibly miserable, laborious existence of the decently paying 9-5, or a more frugal, riskier pursuit of one’s authentic ambitions. The radical fervour we develop whilst a student seems to dissipate as soon as we are left to fend for ourselves. Whilst our hearts compel us to devote our lives to altruistic endeavours, in most cases, doing so comes at the cost of comfortable living. We are currently mandated to devote most of our waking lives to professions that in many cases, constitute spiritual violence. There is something deeply wrong with this fact.

We are currently mandated to devote most of our waking lives to professions that in many cases, constitute spiritual violence. There is something deeply wrong with this fact.

Destroying the relationship with work and livelihood, UBI would grant us autonomy, to firstly, bargain for better working conditions, and devote more of our time to projects that align with our moral, intellectual and political ambitions. The implementation of UBI is often linked with a reduction in working hours, why would we choose to work 40 hours a week if we didn’t absolutely need to? We would be free to engage in as much paid work as we deemed necessary.

But what about the slackers? UBI may seem like opening the floodgates to lethargy, resulting in economic ruin. But trial programmes in Kenya, Canada and Alaska have proved otherwise[4]. The income did not render the need to work obsolete, given its limited cover, but instead fuelled the local economy by providing the means to engage in activities that went beyond providing the bare minimum.The mental stress caused by extreme poverty is well documented, and when this is eliminated, people don’t tend to become complacent. As Graebar explains, we need a purpose. Financial security by means of a UBI wouldn’t necessarily lead to freeloading on a large scale. Rather, it offers prospects of a freer, more fulfilling life, one that is kinder to the both the planet and our souls.

[2] As exhibited by the 6-month bank strike in Ireland in 1970, which resulted in negligible economic consequences. (Ibid., 210)