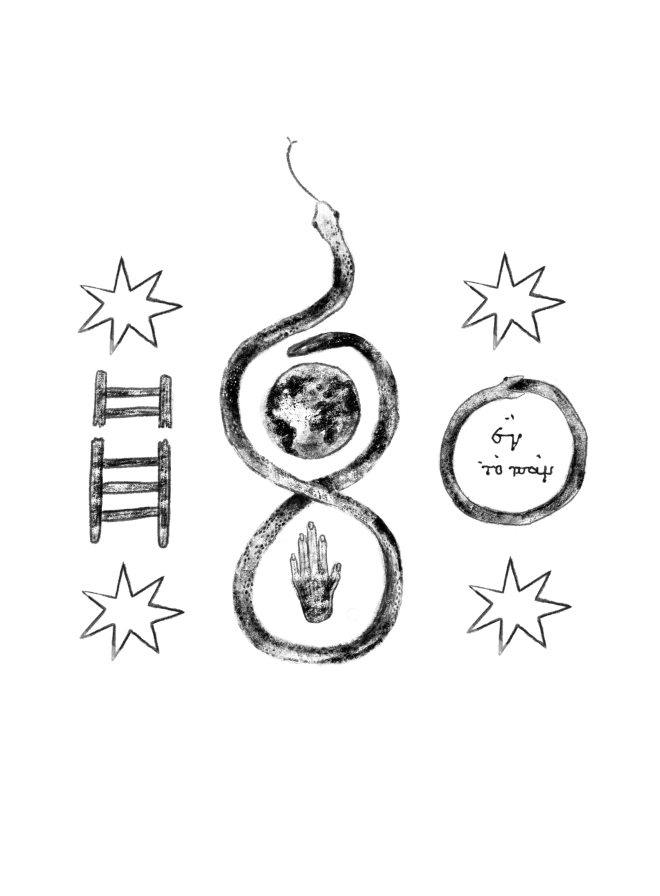 A Case For Earth-Centered Language

Language is a force, a worldbuilding force that shapes the world and our relation to it. The language we use and the stories it constructs become the stories we live by. We are a species of storytellers, and the limitations of our language construct limitations in our lives.

As Ben Okri puts it, “stories are the secret reservoir of values: change the stories that individuals or nations live by and you change the individuals and nations themselves.”

What then, do our stories reveal about our values? How has our language informed our relation to the world?

For instance, nature, spoken as purely a resource to be extracted is a worldview that reduces and objectifies the more-than-human world. The pronouns in our language powerfully chart our relationships with each other and other worldly entities, revealing who we recognise as deserving of respect. Robin Wall Kimmerer describes the “special grammar for personhood” that organises our hierarchy of being where “it” is ascribed to non-human beings, effectively equating the majority of them to inanimate objects. In other words, our language (this language) is one that grammatically, and thereby systematically, strips other living beings of sentience and respect. Any articulations of political and economic solutions to mitigate environmental harm done in this cruel tongue will prove self-contradictory and frankly inadequate because the requisite ecological compassion to address the root cause of harm is simply absent. Current mainstream environmental mitigation efforts have chosen to concerned themselves with lowering carbon emissions by means of expanding alternative, renewable forms of energy, and legislating against overtly harmful environmental practices. While I do not deny that these measures are urgent and necessary, a response only to the consequences of our collective environmental neglect is insufficient. To substantially prevent and mitigate environmental harm and violence, we must also look at ways to heal the broken terms we are on with ‘it’ − the terms that produced violence in the first place.

If language reflects our values, then we can understand better the force of neoliberal capitalism as the prevailing ideology of this era. Untrammelled, it has reinforced a language of anthropocentrism that seeks to morally absolve us from the destruction our species has inflicted on the environment. Its language of capitalism is rooted in human separatism and individualism, concepts that have not only fuelled and justified unsustainable practices but also contributed to the disconnect many of us in high income nations experience between the horrors of the climate crisis and our day-to-day lives. The harm is more insidious than becoming desensitised to the new norms of environmental catastrophe. We have told a story in which the destruction of forests and plant life is undeserving of grief or mourning. We cannot grieve what has not died, we cannot protect what is not alive. Our grammar aids a worldview of human exceptionalism in which we can deform and subjugate the living world to our reckless culture of efficiency. Urgently then, we must re-think our Western conceptions of livelihood and the tenets of thinking that reserve livelihood exclusively to humans, beginning with the rectification of anthropocentric ways of speaking.

Despite the aching necessity, conceiving of an earth-centric language in order to facilitate a re-organisation of our hierarchy of being may seem idealistic, quixotic even. But alternative paradigms to neoliberal thought and language do exist and have had tangible impacts on the day-today realities of people and places.

Anthropologists working in the field of multi-species ethnography call for a consideration of humans “within a context of their entanglements with other kinds of living selves”− an   approach that urges the radical re-thinking of categories we use to delineate humans in relation to the natural world. In acknowledging the interconnectedness of all life on earth, revealed are new questions about ourselves vis-a-vis the environment. What would it mean to recognise a tree, as one recognises a neighbour? What would it mean to recognise a river as an intelligent being? To recognise that both humans and ecosystems alike are multi-species beings capable of communication and cooperation?

Residing in language is the power to both contract and expand our limits of empathy. To understand that we inhabit a world that is not just for our taking, and that we inhabit a world that itself possesses agency is a story worth telling. Re-thinking and re-examining our language as such can empower it to become a force of paramount importance − one capable of shaping the ecological and even geological world.

More concretely, sumac kawsay, a worldview of the Quechua people, offers a reimagination of our relation to nature: a social philosophy rooted in the ethos of the interconnectivity of life. Attempting to translate sumac kawsay is admittedly an exercise in reducing the totality of its meaning. However, what sumac kawsay draws on so profoundly is an idea of the ‘whole’, that escapes understanding in any individualistic worldview. Pablo Solón speaks of the “indissoluble unity of space and time” that so underpins sumac kawsay. Evading all separateness between beings, the Andean tradition recognises the cosmos as a “a whole in constant movement… a permanent state of becoming”.  The agency of the whole, and the livelihood of its entirety is a framework from which practice and ways of living move outward from.

In Ecuador and Bolivia, constitutional reforms guided by indigenous thought have allowed for a departure from the extractive culture of neoliberal logic, which has proven detrimental to both environmental and social spheres in the region. The Ecuadorian constitution saw the enshrinement of the following law in 2008:

“We … hereby decide to build a new form of public coexistence, in diversity and in harmony with nature, to achieve the good way of living”.

A further constitutional change in 2010 recognized the enforceable rights of nature.

“Nature, or Pachamama, where life is reproduced and created, has the right to integral respect for her existence, her maintenance and for the regeneration of her vital cycles, structure, functions and evolutionary processes”

These two constitutional amendments remove the legal formalities typically required to exercise public authority; allowing for the first ever instance of the protection of the rights of nature being recognized by a court of law. In 2011, a case concerning the Vilcabamba River was brought before a provincial court in Southern Ecuador. Following road constructions carried out by the provincial government, the dumping of debris in the Vilcabamba led to significant erosion and flooding. The local court, vindicating the recent constitutional amendments, “[recognised] the indisputable importance of the rights of nature for present and future generations”, challenging traditional anthropocentric perspectives of nature as a mere resource.

Though in its primacy, the legal recognition of the rights of nature, in tangent with a more ecologically focused developmental strategy, reflects a desire to craft a new narrative about our relationship with nature. The harmony of a sumac kawsay worldview challenges the notions of development and anthropocentric conceptions of personhood in their entirety. The ‘wholeness’ that encompasses sumac kawsay does not permit for concepts of linear growth or separatism. A single domestic ruling may seem inconsequential to dismantling the profoundly harmful structures of anthropocentrism. What is clear however, as seen in the case of the Vilcabamba river, is the potential for these constitutional revisions to aid a profound reimagination of the purpose of policy. The influence of sumac kawsay in facilitating legal and cultural shifts in Ecuador evidence new possibilities for legal and linguistic conceptions of personhood that are necessary in the Anthropocene.