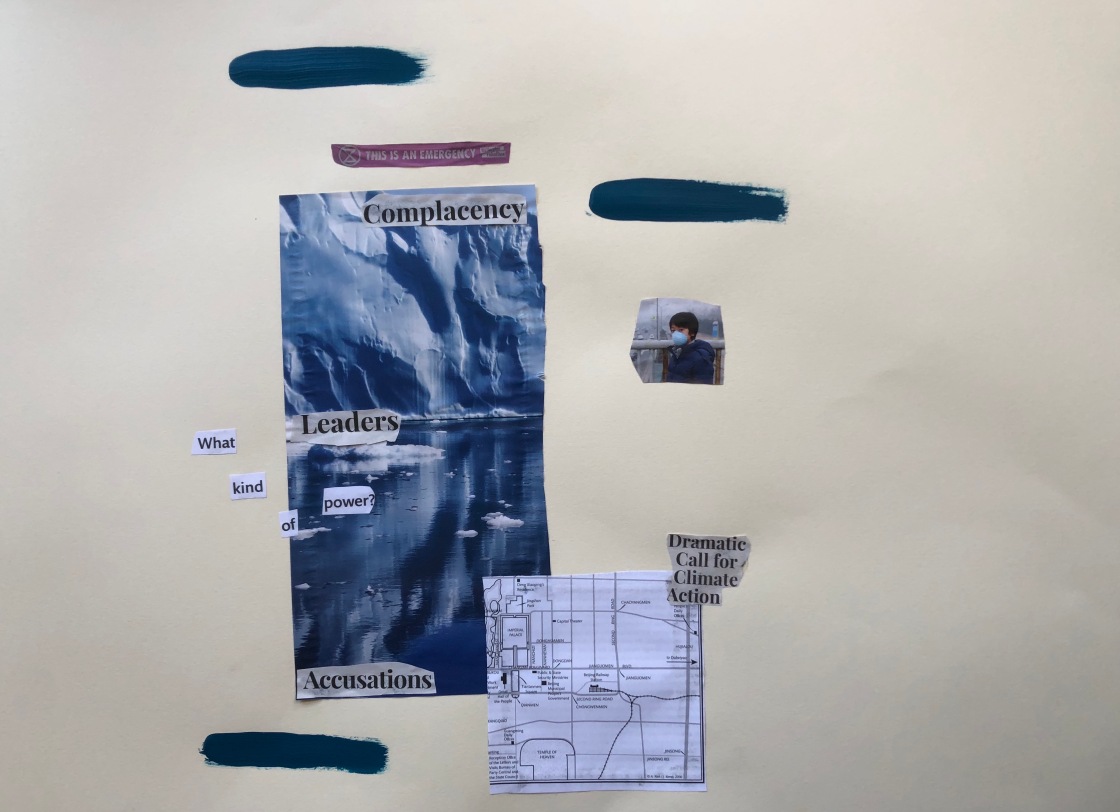 Genocide, crimes against humanity, war crimes, and crimes of aggression: these are the four offences prosecutable by the International Criminal Court (ICC). ‘Ecocide’ is a candidate to  be added to this list. This is a concept with the power to reframe humans’ perception of nature from a commodity to an intrinsic part of our existence which needs legal protection.

What does ‘ecocide’ mean?

The term ‘ecocide’ is derived from combining ‘eco’, i.e. ecosystems, habitats, environment, with the suffix ‘-cide’, which comes from the Latin verb ‘caesere’ meaning ‘to cut down’ or ‘to kill’ – like ‘genocide’ or ‘homicide’. Therefore, ecocide literally means ‘to kill the environment’.

For use in the ICC, a draft law offers the legal definition of ecocide to be “unlawful or wanton acts committed with knowledge that there is a substantial likelihood of severe and widespread or long-term damage to the environment being caused by those acts”.

Beyond its literal meaning, if approved, this law would make ecocide an arrestable offence, meaning those responsible for environmental harm would be liable to criminal prosecution. This would make ecocide the first non-anthropocentric ICC crime, which, perhaps quite fittingly reflects the Global North’s historic primary focus on humans over the environment.

How revolutionary is the concept of ecocide?

The push for international legal consequences for environmental damage is not a new phenomenon. In 1972, ecocide was addressed in the first UN Conference on the Human Environment (UNCHE), hosted by Swedish Prime Minister Olof Palme in Stockholm, where he underlined the vitality of preventing environmental destruction. The Conference considered ecocide in the context of devastation inflicted on Vietnam and its people by the USA during the Vietnam war. In this way, the meaning of ‘ecocide’ was arguably closer to that of ‘genocide’ or ‘homicide’, as the intentional destruction of the environment was considered to be a cause of thousands of deaths during the war. Compare this to the original coining of the term in 1970 (Arthur Galston characterised massive damage to ecosystems as ecocide) and the most recently offered definition – these focus more strictly on criminalising destruction of the environment due to the damage to its own value, rather than due to immediate consequences for humans.

The Conference saw the crimes that would be tried under ‘ecocide’ to also inevitably impact humans in ways closely linked to the other four ICC crimes. Harmful bombs detonated during political struggles and wars create great environmental damage and also have consequences for the social and economic lives of civilians, for example. This lack of distinction in the 1970s meant that ecocide was not formally recognised as a crime as a result of the UNCHE. However, this Conference did lead to the creation of the UN Environment Programme (UNEP) and inspired further international conversations about sustainable governance.

What are the wider implications of ecocide being criminalised?

For approval, the proposal requires 82 out of 123 States Parties to vote in favour at the next annual ICC assembly. If this majority is reached then ecocide would be considered a crime even though enforcement will not be immediate (after ratifying, states will have one year to implement their own enforcement of the law).

Stop Ecocide International claims that companies committing harmful practices have known of the ecological consequences – which we are living with now – for decades, but faced with few legal incentives, they have not stopped. Therefore, the foundation states that ‘the responsibility lies with decisions made at the top of industry, finance and government’. As a result, recognising ecocide as a crime will be crucial to force the decision-makers of detrimental actions such as oil spills and Amazon deforestation to make drastic changes in order to avoid personal and legal accountability. This is because the proposal will hold individuals to account for the ecological damage they create, rather than a company or organisation.

Additionally, the legalisation of ecocide may benefit the United Nations 2030 Agenda and the Sustainable Development Goals (SDGs), as these aim to protect the environment and alter social, economic, and political systems to implement sustainability. Disappointingly, there are large gaps between SDG targets and current global progress to meet them by 2030. In spite of this, banning ecocide may  encourage extensive but necessary eco-conscious changes in business practices and models, aiding progress across multiple SDGs including 12, 13, and 15.

Is this necessary? Are there other ways of thinking related to ecological damage and accountability?

It is important to consider marginalised voices and perspectives when discussing the future of climate change mitigation, management and adaptation. The very concepts of ‘ecocide’, an International Criminal Court, and even ‘climate change’ all originate from the worldview of countries in the Global North. Approaches such as criminalising ecocide have also emerged in the context of Global North governance systems and are very ‘top-down’, where the boundaries of permissible action are decided by the highest levels of authority and are implemented down the scale to an individual level. Therefore, banning ecocide internationally has to be considered within the limits of top-down governance, such as constraints of time, resources, and interests.

This contradicts many ways of conceiving the relationship between humans and ecology in traditional environmental knowledge (TEK) systems and indigenous knowledges. For example, many Pacific Island communities comprehend ‘culture’ and ‘nature’ as inextricable, and any Euro-American separation is impossible. Treatment of natural ‘resources’ in the Pacific is often much more considerate and sustainable, as damage to the environment can be representative of damaged social relations. This means that elements of the natural world such as oceans, lands, and skies are intrinsically valuable as vitally active and living entities forming part of Pacific social relations. Banning ecocide will be a first step at rectifying this Western separation and shifting ways of thinking within international governance to include that of TEK systems, as an ecocide law will provide accountability for detrimental human activity towards nature and subsequently encourage more respectful and considerate decision-making.

Areas such as the Pacific Islands are also increasingly experiencing the most pressing consequences of climate change despite not being responsible for causing them. Therefore, the one-state, one-vote rule at the ICC conference means that these smaller, often overlooked countries have the same voting power as global superpowers and can press for accountability through supporting the ecocide amendment.

If traditional and indigenous ways of thinking had not been historically smothered by colonialism and imperialism, terms such as ‘climate change’ and ‘sustainability’ would likely not exist, as the intrinsic value of the environment would be embedded in our understanding of and actions in the world.

Overall, the term ‘ecocide’ represents the power of language in fighting the climate crisis. Its linguistic links to ‘homicide’ and ‘genocide’ emphasise the widespread and long-term impacts of ecocide and emphasise the importance in criminalising it. Although making ecocide a crime may be imperfect in its approval and implementation, introducing environmental accountability would disseminate a message to influential actors and stakeholders that they can no longer willfully follow through on damaging ideas and behaviours towards the natural world. It will be an important step on the global stage to reconfigure Western ways of thinking towards intrinsically valuing the environment in theory and in practice, as well as providing opportunities for indigenous knowledge systems to be integrated on an international legal scale.