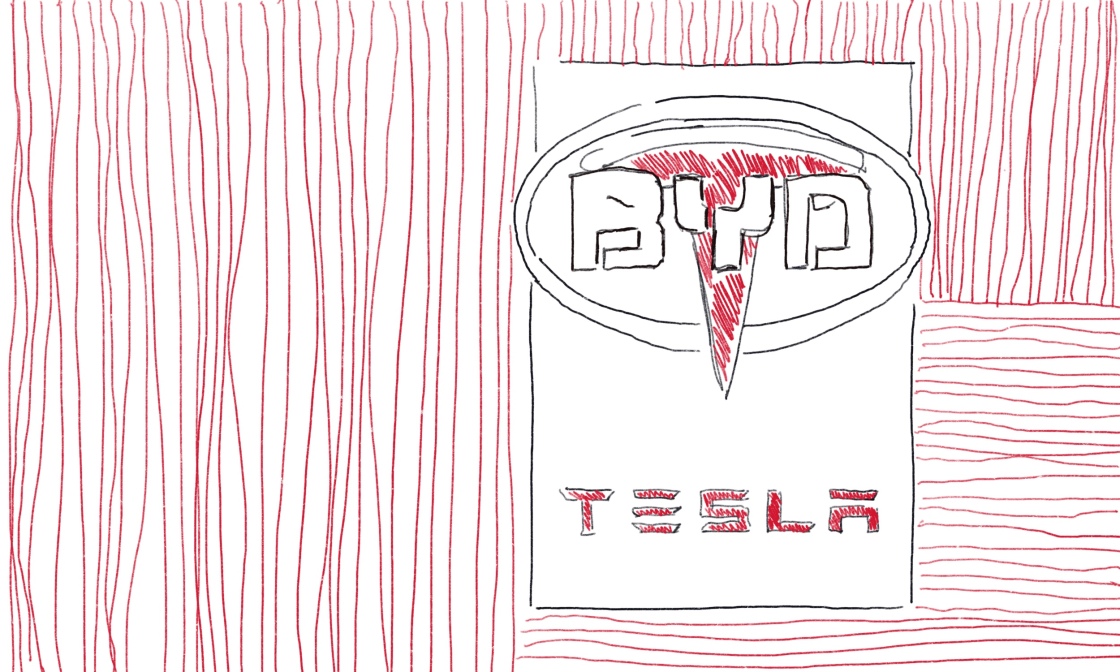 As climate change becomes more and more apparent, the switch to electric vehicles is upon us. With all the government subsidies and technological progress, electric vehicles are becoming more and more of a possibility. The International Energy Agency predicts that electric vehicle stocks will grow by 36% per year totaling 245 million vehicles by 2030.  Brands like General Motors, VW, and BMW plan to be entirely electric by 2035, however, the transition to electric cars still remained shrouded in uncertainty. Currently, the majority electric vehicle batteries contain rare earth metals, which are mined at a high environmental and human cost. The need for batteries is increasing as renewable energies become a more feasible option to power the entire transportation sector.

Most electric cars use a specific type of battery, called lithium-ion packs. To power a car the batteries move lithium ions from a place called the Anode and then to the Cathode. The Cathode is the section of the battery that limits performance and drive, which is why the cobalt is stored within the cathode. One of the main issues affecting a vehicle’s range and overall capability is energy storage, which can be refined through tweaking the make-up of the Cathodes.  The Cathodes in a Lithium-ion battery use mostly Cobalt, Nickel, and Manganese, however, both Cobalt and Nickel are limited resources and have sparked debates about the sustainability of EV batteries.

A short recap on Cobalt, around 70%  of Cobalt is mined in the Democratic Republic of the Congo (DRC). The concentration of Cobalt in DRC and the world’s increasing demand for Cobalt has made the mining industry a center for conflict. Not only is the industry extremely environmentally detrimental, but it also is rampant with human rights violations. 90% of the Cobalt mined in the DRC comes from industrial mines.  The mining industry refers to the thousands of individuals digging for Cobalt with mostly hand tools “artisanal miner.” The industry has gained a lot of media coverage due to the inhumane working conditions and child labor violations. However, little is known about the health complications these “artisans” have been exposed to, for example, sustained uranium exposure. Additionally, economically speaking Cobalt is not a reliable resource due to its price volatility and limited quantities.

Companies are already creating plans to eliminate Rare Earth metals from EV batteries, and now batteries are already using significantly less than they were five years ago. However, it is an uphill challenge. Removing Cobalt often limits the batteries’ energy density, and Cobalt-free batteries can have a higher likelihood of combustion. Currently, the most promising option for Cobalt-free batteries is Lithium Ion Phosphate batteries (LFP). LFP batteries are also safe and significantly less likely to overheat than other alternatives. Additionally, they can be charged faster due to lower cutoff voltages. Chinese EV manufacturer BYD has already made major progress on its journey to eliminating Cobalt. BYD has developed the revolutionary Blade Battery, which is 50% more efficient, allowing BYD’s cars to have a significantly longer range. Due to the absence of rare earth metals, LFP batteries are much cheaper to manufacture, which is visible in the pricing of BYD’s vehicles.

Should we continue to use lithium-ion batteries, and create robust recycling programs? Economically speaking, large-scale recycling schemes are viable but ultimately underutilized. The EU’s current legislature is that 45% of all used batteries need to be recycled although very few of the batteries recycled are lithium-ion batteries. In the United States, only 5%  of Lithium-Ion batteries are currently being recycled. Recycling these batteries makes sense because the rare earth metals inside are still usable. Cobalt and Nickel are two of the most expensive metals and account for nearly half of a battery’s manufacturing cost. A recent Institute for Sustainable Futures report says 90% of minerals and rare earth metals from batteries could be recovered today through a large-scale recycling scheme. However, the report also noted that a recycling scheme of that scale would reduce the need for lithium by 25%, and nickel and cobalt by 35% by 2040.  In contrast, other reports have produced higher estimates of how much demand could be decreased through recycling schemes. But overall, the majority of estimates align closely with the recent report due to the exponentially predicted increase in the number of EVs in the future. In the grand scheme of things, funds are being concentrated on improving the longevity and charge capacity of batteries, instead of investigating recyclability.

Currently, large-scale recycling schemes, like those being suggested in the US, are only economically comparable to mining due to the large amount of Cobalt in the batteries. Low Cobalt and LFP batteries will not fare the same. Once batteries have transitioned away from Cobalt, recycling will no longer be economical. Companies would rather devote their money and resources to mining new materials than recycling batteries. Although I’m confident if recyclability prioritized during the design process, there may be a way that a large-scale recycling scheme can stay viable. The other option to keep recycling relevant would be to require legislature and government interventions to keep recycling an option. This ideology would fall in line with much of the EU’s circular economy ideology. Although current car batteries may last up to 20 years, which leaves time to get a recycling scheme up and running.

In conclusion, I think we should focus our efforts on limiting and perhaps discontinuing Cobalt usage in EV batteries. I would advocate for the implementation of large-scale recycling plans to recover the Cobalt, Nickel, and other metals from traditional batteries. While there are options beyond Cobalt, currently large-scale LFP or non-cobalt batteries still have too many hurdles to cross, such as overheating and energy capacity issues. While Cobalt mining is both a human rights and environmental concern, recycling, government intervention, and NGOs can alleviate that issue. Continued use of Cobalt in batteries is risky as it is a limited resource and is subject to market price volatility. Although in reality, I believe that the elimination of Cobalt from EV batteries destroy any hope of a large-scale battery recycling scheme. To conclude, major technological advances are necessary to keep electric vehicles as green as possible in the future.