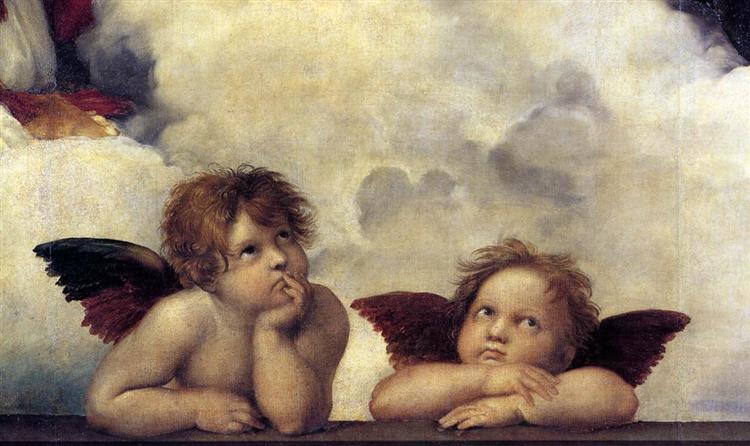 Gently rocking in his armchair, mug of chamomile tea cradled in his gnarled, work-worn hands, Neal squints at the flames crackling in the hearth. The wind whistles faintly as it slips through cracks in the cabin’s wooden panelling. Neil, who has learned to interpret nature’s whispered secrets, cocks his head and listens. His old face is serene, eyes glinting like crystals embedded in the bark of his skin. He has lived a full life. He has few regrets. A wry smile breaks out on his face as he recalls his lifestyle before the Intervention, as he has come to call that strange encounter many years ago.  Coaxed by the wind, Neil – as he often does in his more contemplative moods – meanders back through his memories to that night: the one that changed everything.

Neil Ibral was a serious man. His Italian leather brogues and slick leather suitcase shone with corporate authority as he strode down Bullion avenue. He walked with the swagger and haste of a businessman with calls to make, people to meet and deals to strike. His groomed beard and exquisite, wrinkle-less suit spoke of a man to whom appearances mattered a great deal, if not quite as much as his wealth. Mr. Ibral fished out a bristling clump of keys as he approached his front door.  Disengaging the burglar alarm, his mind raced ahead to the Scotch he’d fix himself, which he planned to savour stretched out on the couch in front of the news. Feet unshod and peat coat hung neatly on its rack, Mr. Ibral turned to enter his living room and stopped dead in his tracks. His jaw dropped to the floor and his face went milky pale as he took in the group of strangers sitting in a semi-circle, facing him expectantly like a panel of judges at an audition. A long silence ensued as Mr. Ibral fumbled around in his mind for an appropriate expression of outrage.

Neil Ibral was a serious man. His Italian leather brogues and slick leather suitcase shone with corporate authority as he strode down Bullion avenue. He walked with the swagger and haste of a businessman with calls to make, people to meet and deals to strike.

“Please sit” – said a man with a bush of curly hair, gesturing at an empty seat. “Make yourself at home” – added a woman, winking at him from the far side of the room. Speech still blocked by the shock barricading his throat, Mr. Ibral sank into the proffered seat. Some sort of herbal infusion was pressed into his hands by an old woman with sympathetic eyes seated next to him, the foliage of her green dress spilling over the wooden legs of her chair. “Camomile” – she whispered conspiratorially, her breath smelling like moss – “Soothes the nerves”. Something in her motherly tone inspired trust. Mr. Ibral took a sip, and the spinning room steadied a little.

“Let us begin” – announced the moss-lady. “Mr. Ibral, we understand that this unexpected visit may seem strange, surreal even. We apologise for the intrusion, but we felt the time was ripe to step in. It has come to our attention that you are playing an unfortunate role in the destruction of the planet. I’m referring, of course, to your profession…” The curly-haired man interrupted her with a loud sniff. He cocked an eyebrow and gave a humourless smile. “Hugo Boss, if I’m not mistaken. But that’s only the surface layer, isn’t it? You could douse yourself in cologne and the reek of petrol would still rise to the top, blackening the air, spreading like a toxic tide”. The woman who’d winked at Mr. Ibral gave curly-hair a disapproving look, taking over in a more measured tone: “We have come here because we believe you have the potential to change your ways. You may be an oil exec, but you’re also a human being. You may be a major cog in a despicable industry, but you also have a kernel of good in you.” “To cut a long story short, we’re here to help you recognise the harm you’ve been causing” – said curly-hair, leaning forward and resting his elbows on the cloth patches sown onto his old dungarees. “We want you to feel the pain of it pierce your heart.”

Mr. Ibral became aware of a shard of guilt in his chest. The strangers’ accusations were familiar; similar currents of doubt had often swirled beneath the shiny surface of his professional dealings.

“Who are you?” – croaked Mr. Ibral. He’d been preparing to say something more scathing and confrontational, like “who the hell do you think you are?”, or “get the hell out of my living room before I call the cops”, but somehow that tame enquiry was all he’d managed. He felt weak, emasculated. The answer came from a man whose voice sounded like it was echoing from deep underground: “You could say that we are the earth’s ambassadors. Gaia has sent us to intervene on her behalf”. Great – thought Mr. Ibral. A group of Green hippy radicals had broken into his home and were now expecting him to give up his job, his salary, his hard-earned privileges. A wave of indignation washed over him. How dare they waltz into his living room and blame him for the failings of a flawed system in which he was forced to get by just like everybody else? At the same time, Mr. Ibral became aware of a shard of guilt in his chest. The strangers’ accusations were familiar; similar currents of doubt had often swirled beneath the shiny surface of his professional dealings. His suppressed guilty conscience suddenly found itself amplified by the strangers’ words, while the outrage that can be expected of a serious man caught in such a preposterous situation also swelled, producing such a strange mix of emotions that he was struck dumb a second time. The wink-woman rose and glided across the room, her legs passing right through the glass coffee table in her path. She placed her left hand on Mr. Ibral’s forehead, fingers splayed. “This will only take a few seconds” – she reassured him, sounding like a doctor comforting a kid with a fear of needles before an injection. “It’ll be over before you know it”. Mr. Ibral had no time to protest.

Neal knelt in the mud, scrubbing at his hands with all his might, tears of remorse streaming down his face. “Enough!” – he screamed – “I will change my ways, I will be a better man, I will save us from this hell!”

The room diminished to a speck as he was propelled backwards through a dark tunnel; then suddenly he was part of the tunnel’s grimy walls, which melted and became a black liquid that spread out in every direction in greedy rivulets, toppling forests and poisoning oceans, thickening into wider rivers of concrete that enmeshed the globe in a net of criss-crossing streets; tectonic plates of bitumen collided and soaring buildings rose like mountains, carrying a lucky few to the top while the rest of humanity huddled down below; the air thinned and pressure mounted as the skyscrapers rose and rose relentlessly, until they finally burst into a hot grey mist that spread through the atmosphere, turning the sun into a bloody eye, filling lungs and parching the soil; flames danced across the landscape, and plumes of smoke rose, swirling and mixing with the toxic effluence of human hubris. Neal became aware that he’d regained his physical body, but when he looked down at his hands, he noticed with horror that they were covered in inky stains. A trickle of rain turned into a deluge as storm clouds rumbled angry admonishments overhead, and Neal knelt in the mud, scrubbing at his hands with all his might, tears of remorse streaming down his face. “Enough!” – he screamed – “I will change my ways, I will be a better man, I will save us from this hell!” A sense of euphoria rose in him as he noticed that the stains were starting to fade from his fingers and palms. As he continued scrubbing with even greater vigour, he saw green shoots punching through the sopping soil, thrusting upwards with the defiance of all living things. A sun ray sliced through the grey shroud and the air began to clear, becoming breathable once more. Neil began to laugh with joy as birdsong filled his head, bringing a surge of clarity, a sweet chime of liberation. “Thank you!” – he cried, then all was silent.

Neil awoke on the living room sofa. He sat up, rubbed his eyes, then stared at his shirt sleeves. Normally white and crisp, they were inexplicably damp, wrinkled and streaked with dirt. His eyes crawled down the length of his forearms, coming to rest on his hands, which, in contrast, were fresh and clean as a baby’s. Gone were the black crescents that always seemed to gather beneath his nails. As he contemplated his new pair of hands, the memories of his encounter with the earth’s ambassadors came back to him. They had come and gone like a hurricane that tears down the old to make room for the new. Flexing his fingers, Neil experienced a sense of excitement that he hadn’t felt since his college days, when the world had seemed big, his future a vista of possibilities. The planet needs me on its side – he thought. Time to put these hands to use.

Timo Marchant is a fourth year student majoring in Comparative Literature and Modern History. Alongside his studies, Timo has enjoyed his role as co-host of the Podcast ‘Save the Planet, Wine Not’ and developing his skills as an amateur jazz pianist.